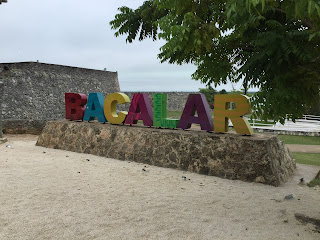 I chose Bacalar as the first step of my next adventure, my escape from the cold of Chapala and into the glorious warmth of Caribbean beaches. Bacalar saw things a bit differently. The first few days were heavily overcast and barely got up to 80 degrees. I know some of you are rolling your eyes at my complaints, but, hey, it’s all relative. When I left Chapala, it was still getting up to something near 80 degrees outside in the afternoons, but the temp inside my house struggled to get up to 65. I understand that changed right after I left, and I’m sorry for you who are still there, but it just goes to show that I had the right idea. Anyway, after the first few days of clouds that looked very threatening, the sky finally dumped all that moisture on us one night and we woke to clear blue skies ever since.

Other than warmer weather, I don’t know what I expected of Bacalar, but this isn’t it. I mean the lagoon is beautiful. And it really is at least the seven different colors of blue that they advertise. But the color is just based on the depth of the water. The bottom is covered with white sand, so the shallower it is, the lighter the shade of turquoise. And a 90 meter deep cenote has water that is pretty close to black. This is just a small set of examples. 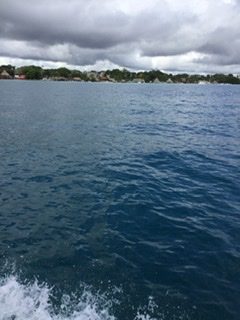 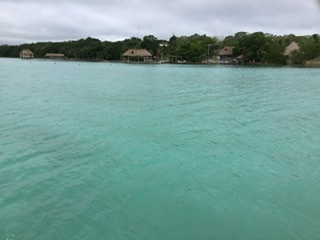 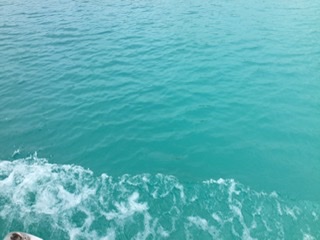 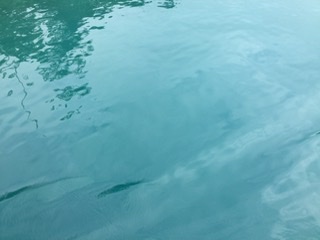 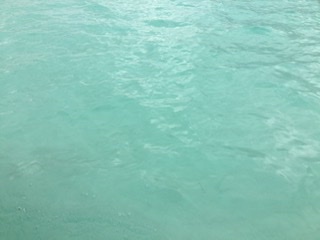 Pretty, right? But now what? I took the suggested boat tour and saw these and many more variations in water color. And now what am I supposed to do? What are all these other tourists doing?

As far as I can tell, all anyone does is lie out in the sun. But even that isn’t easy. The thing is, there is no beach in Bacalar. All the sand is in the water. Really. There is no beach! There are some parks along the shore with really nice lawns that allow families to access the lagoon and have a picnic, but the only way to enjoy the water is by walking out on these long wooden docks to palapa-covered areas with benches. I tried sitting out on one of those shady benches to read, but it just wasn’t like spreading a towel in the sand. 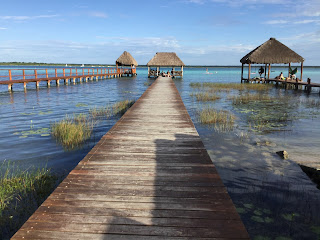 So, I guess you can tell that I’m not thrilled with Bacalar. I haven’t even mentioned the hotels packed side-by-side around the cenotes’ edges. How in the world did the government allow that???

Actually, once I’d seen the color of the water, the best part of Bacalar is the murals. I don’t know anything about them except that they are everywhere, and they are very good. They may be part of a annual event or competition because most of them say “Bakalarte” and a year. They are on houses, and  commercial buildings, and government buildings. I have enjoyed discovering new ones on my walks around town. 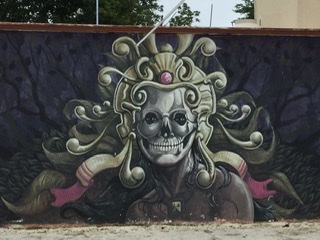 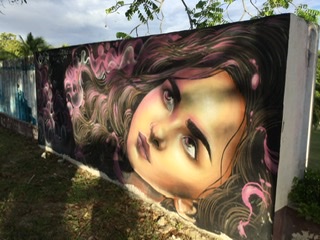 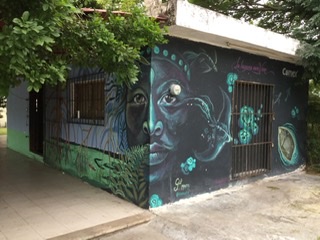 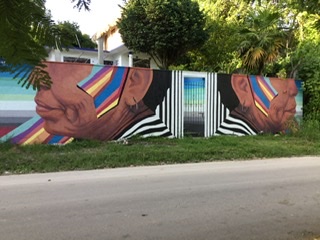 Another thing about Bacalar that surprises me is the apparent lack of culture in such a culture-rich country. Beside the murals, I can see no sign of local artesanías, except the universal hippie braided bracelets and dream catchers. No local food traditions. Even the church is very sad, with few decorations and walls, both inside and out, covered with salitre and peeled-off paint. I just don’t understand it.

Anyway, this is my last night in Bacalar. I’m off to Mahahual at noon tomorrow. It’s a tiny town on the coast about 100 kilometers east of here. I pretty much ignore all holidays any more, but I hope you all have a wonderful Christmas. And maybe after tomorrow, I’ll finally be able to get Jimmy Buffett’s “Christmas in the Caribbean” out of my head. It’s been in there ever since I got here.


Posted by Kathy Sterndahl at 5:59 PM