The village of Santiago Atitlan is located on the banks of Lago Atitlan in the Guatemalan highlands. Most of the people live in the traditional Tz'utujil Maya lifestyle. The women weave their huipiles (blouses) and embroider them with traditional designs of birds and flowers. 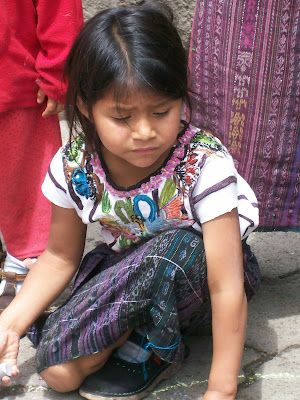 Santiago Atitlan is larger than most of the other villages in the area, so people come from smaller nearby villages to display their handiwork on market days. Each village has it's own colors and designs in the clothing, so they all know where everyone comes from by the clothes. 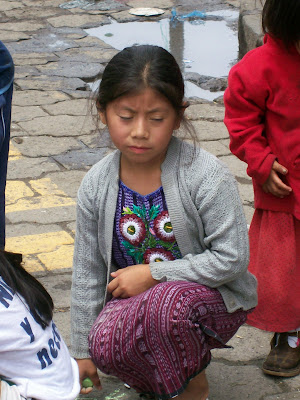 The first time I visited Santiago, some young people from the states had brought a container of sidewalk chalk and passed it out to some kids on the plaza. The kids weren't quite sure what to do with it at first, but finally got the hang of it. 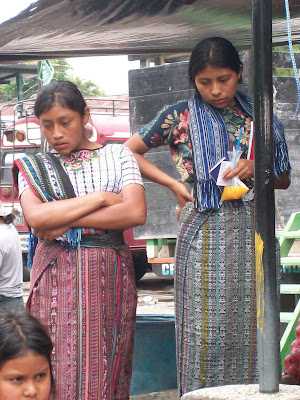 I think the mothers, not much more than children themselves, really wanted to jump in there and grab a piece of chalk for themselves, but they just kept a careful eye on the kids.


Each time I visit Santiago, I can't help but think about the horrible things these people have been through in their lives. 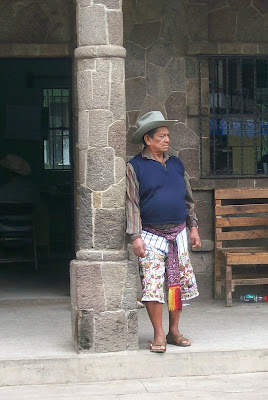 They were fighting a civil war during the 1960s, with guerrillas on one side and right wing military repression on the other.

The guerrillas hid out in the rural villages, so the military took it out on the villagers.  Death squads threatened and killed with no fear of punishment.  In 1981, the parish priest was assassinated in front of the church as villagers looked on helplessly.

In 2005 Hurricane Stan visited Lake Atitlan and stayed and stayed. The villages are all located on the sides of volcanoes that surround the lake. The mountain-sides turned to mud and slid down to wash away villages.

Aid poured in from many sources, but most of it never reached the people. It was almost all stolen before it got to them. 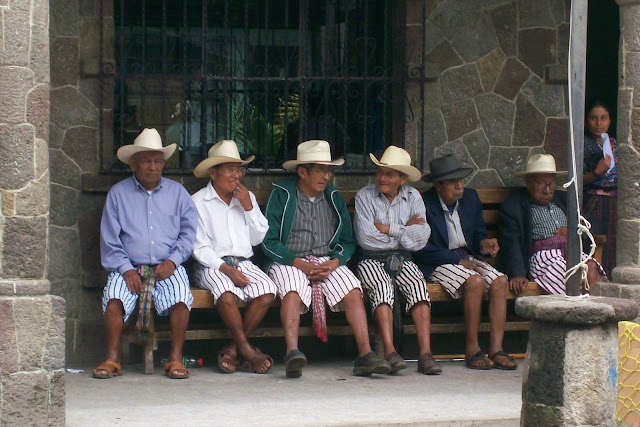 We always stay in Panajachel, so we arrive at Santiago via a ferry that crosses the lake. The ferry docks at a small waterfront park which has been flooded over the past few years because the lake keeps rising. 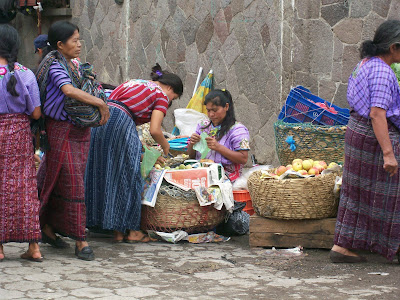 The lake water has no river to drain it, but the theory is that there used to be a 'drain' that allowed some of the water to escape underground and that 'drain' was plugged up by an earthquake a few years ago. Now the water level is rising more and more each year and there is nothing they can do about it. Another problem these people don't need.

Anyway, when we arrive at the park, we always look for a tuk-tuk to take us to the plaza at the top of the steep hill. 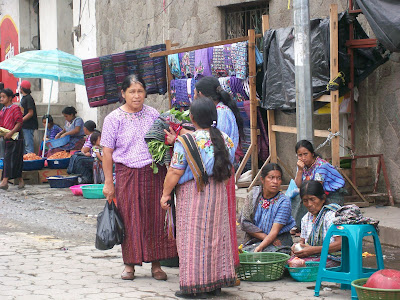 Then we can wander slowly back down the hill and check out all the wares that are displayed on both sides of the road. Most of the goods on display are products from their farms - corn, beans, fresh produce, but they also sell textiles. There is always lots of cloth that they use to make their skirts plus many hand-woven and hand-embroidered huipilies.

Farther down the hill are many stores that cater to tourists. Most of the goods are made in the villages and then brought to Santiago for sale. 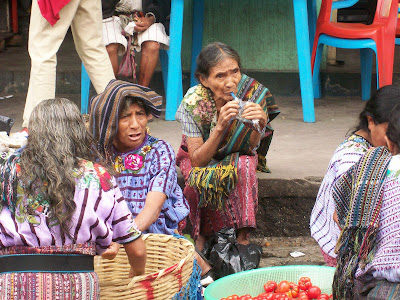 We always end up buying belts woven of colorful cloth for friends and family. They are inexpensive so they make good, useful souvenirs.

Last trip, we came home with two oil paintings of indigenous people in their traditional clothing, and another of some pottery. Some of the art work is pretty bad, but a few of the artists are quite accomplished. 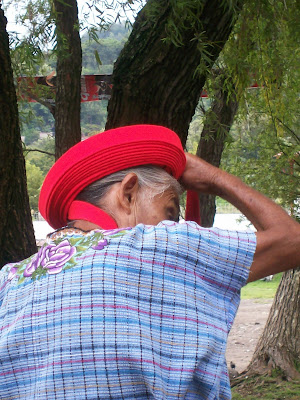 One time, I had gone across the lake alone and I just missed the ferry going back to Panajachel. I sat at a small restaurant and nursed a diet coke while enjoying watching the people.

Some of the women were wearing hats that I found quite interesting.  They were made of a very long strip of hand-woven cloth that was wrapped around and around their heads to form a large "brim". 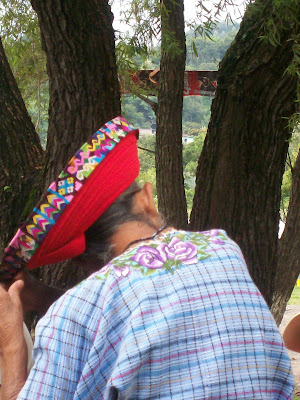 I kept watching, trying to figure out exactly how they did it, when one of them suddenly began unwrapping hers to readjust it. She was standing right in front of me, talking to her friend when she did it so she didn't even notice when I started taking photos.
She started by pulling her hair into a ponytail and wrapping the cloth around and around it.  Then she pulled the cloth-wrapped ponytail around her head and continued wrapping around and around, about 20 times. The final part of the cloth was embroidered so it ended up with a fancy design on the outside edge. I never did figure out exactly how she secured it at the end.

A few minutes later, I paid her a little bit of money to let me take a photo of her.  She didn't know I'd already taken a few, and I didn't mention it, but I did give her more than she asked for. 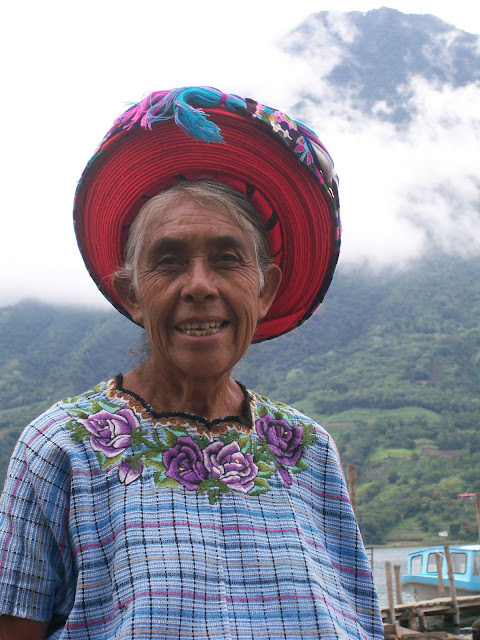 Thanks for reading this. I hope you enjoyed it. You can learn more about Santiago's flood problems here.

Posted by Kathy Sterndahl at 8:13 AM